We know the surface of Mars better than we know the surface of the Earth, and better than any other planet. This is thanks to high resolution cameras on satellites such as the Mars Reconnaissance Orbiter (and a lack of water). Our understanding of the evolution of the surface of Mars has been completely changed through this imagery and we are learning more about the surface through the use of remote controlled rovers. It is now 20 years since the Pathfinder Sojourner rover landed on Mars. A rover has a distinct advantage over a stationary lander because it can move itself to multiple targets and carry out analyses or observations at each new site. Even though it only moved some 100 m, Sojourner spent 3 months on the surface in 1997 conducting a number of experiments to learn more about the surface of Mars.

Sojourner was not the first extraterrestrial rover. The Soviet Union landed two rovers successfully on the Moon, each weighing close to a tonne. Lunokhod 1, literally “moon walker”, landed in 1970 and Lunokhod 2, in 1973. Both were bristling with instruments. Lunokhod 1 was active for almost a year and travelled 10.5 km. Lunokhod 2 only lasted for about 4 months, but travelled an impressive 42 km. Combined, the two moon walkers transmitted about 100,000 TV images and hundreds of panoramic images of the moon’s surface.

Far more detail of the geomorphology of a planet’s surface is revealed in three dimensions rather than flat 2D imagery. To view photos in 3D we have traditionally relied upon stereo pairs, that is, photos taken of the same object from two directions. By looking at one photo per eye at the correct spacing, the brain recreates a 3D image. The viewing requires a set of lenses called a stereoscope. Most of us don’t own a stereoscope, so a more common way of viewing in stereo is through anaglyph 3D. The stereographic effect here is achieved by presenting each eye with a different, chromatically opposite coloured image, such as red and cyan. Anaglyph 3D has become popular recently because of the presentation of 3D in cinemas, TV and on the internet. A drawback is that anaglyphs still require coloured glasses to make them work.

The Sojourner rover was equipped with a set of stereo cameras. These were monochromatic and were intended for close up imaging for navigation and geological analysis. However, on board the lander was the unimaginatively named Imager For Mars Pathfinder, which was a colour stereo camera on a mast. NASA made a number of anaglyphs for both sets of cameras. Given the cameras of the time were not the highest resolution, higher quality images were made by combining multiple images of the same object to increase the resolution. One of the best known scenes is that of “Twin Peaks”, which the model above is made from. Here I have used photogrammetry to create a 3D model. The advantage is that it can be viewed without anaglyph glasses or a stereoscope. One just needs to remember the scene can only be viewed from one direction, since the photos were only taken of the front of the rocks. 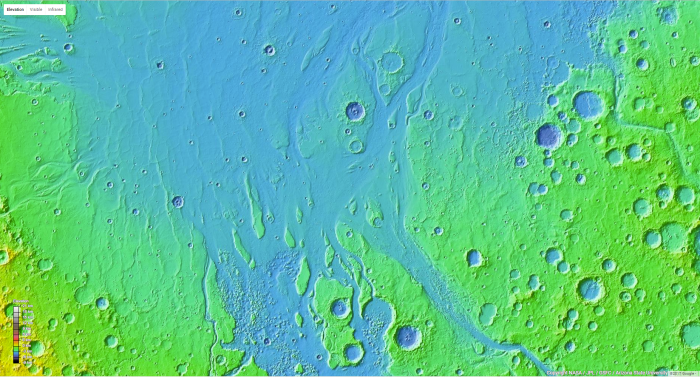 The Pathfinder landing site is located in Ares Vallis, which NASA selected because it is part of an ancient flood plain. The peaks at the back of the 3D scene are about 30-35 m high and about a kilometre in the distance. In the foreground are blocks, bouldery ridges and swales of flood debris. Images like the one above are essential for identifying the geomorphic processes that move the blocks around. One thing that appears clear is that the blocks are not well rounded, so the mechanism that moved the boulders here was probably not regular. 3D scenes on Mars can now be studied that little bit easier. 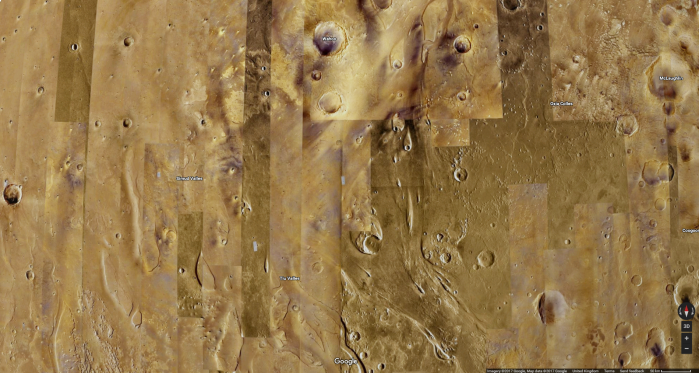 One thought on “Red Rover”